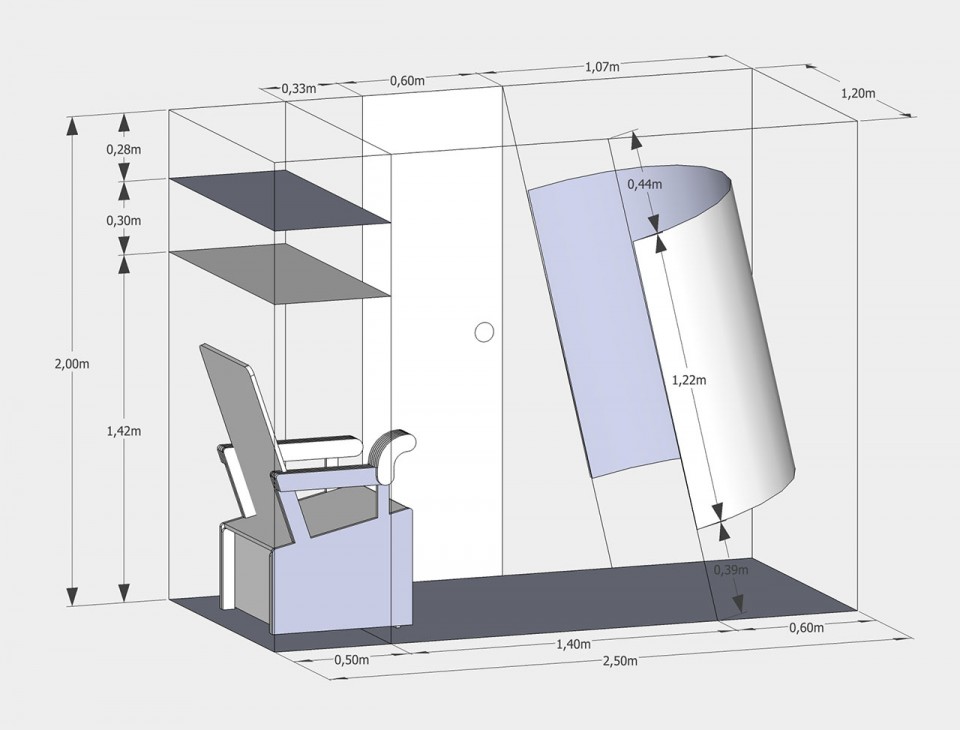 The spectator sits and rests his right arm and hand on a custom armrest that uses sensors to detect its presence. The experience begins.

The art installation is composed of:

– A cabin built of fiberboard (MDF), with a maximum volume of 9 feet wide, 4’7’’ long and 7’5’’ high. The walls are lined with glass wool, and the door is built for sound insulation.

– A screen is made of grey glossy acrylic (6’7’’x4’). The curvature and reflectiveness of the screen creates a kaleidoscope-like effect that increases the visual immersion of the viewer.

– A chair is made of plywood (CP). Electronic cards (linked to sensors: E-Health V2 Libellum / Arduino uno / ethernet shield) and a subwoofer are located in the bottom part of the seat. Three sensors are embedded at the end of the armrest in the hand rest. 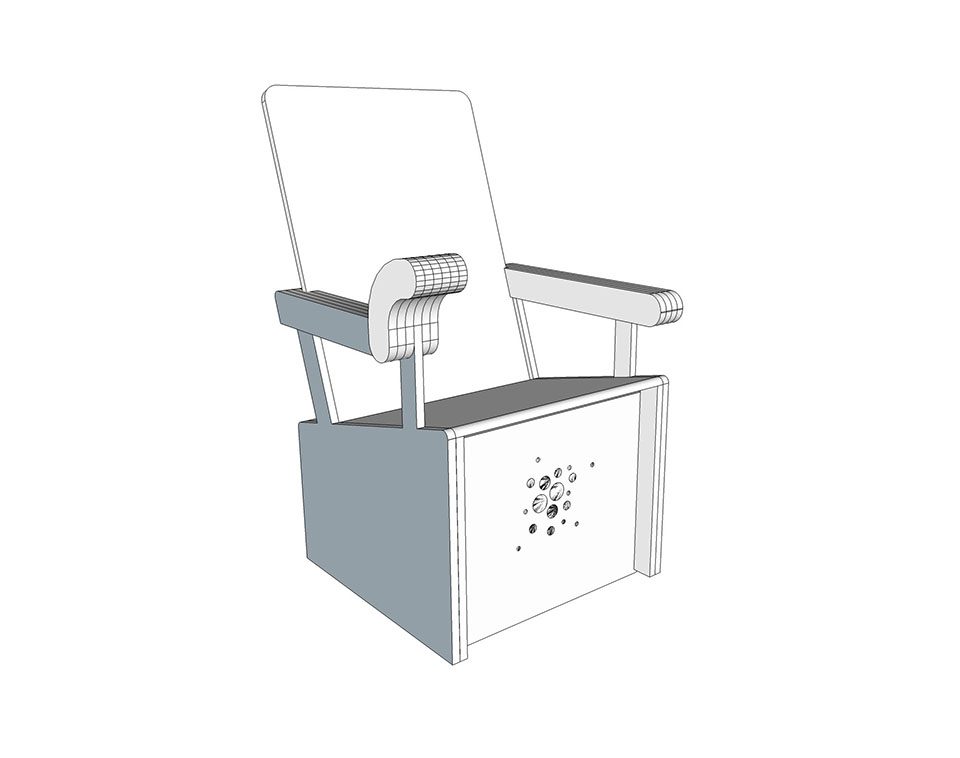 – A projector (full HD / DLP) and computer (Windows) sit on two shelves above the chair. Openings in the shelves and the ceiling allow for airflow. One speaker is placed on the top left behind the screen, another speaker is behind the seat on the right.

– A Kinect hangs above the screen, 12’’ from the ceiling and is focused on the visitor’s face.

The system monitors the physiological state of the visitor and reacts with the three sensors:

The blood oxygenation rate sensor determines the heartbeat of the spectator in real time. The video is projected onto a 3D mesh. During the initial phase of the experiment, the heart beat is synchronized to the movement of the mesh and the color of the image. This animation is two times slower than the measured pulse to promote relaxation and immersion.

This skin conductivity sensor emits a small current (less than one volt) on the surface of the skin of two fingers through two electrodes and measures the change in sudation. It varies with excitement, and provides a value of the intensity of the emotion experienced by the viewer. 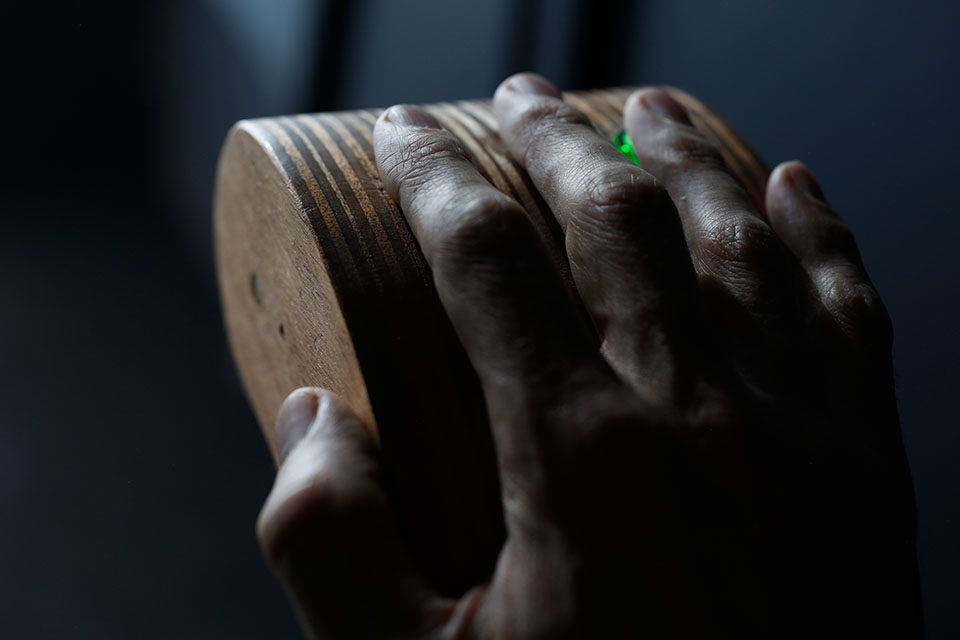 Facial features are tracked (Dlyb library) and transmitted to a classifier in Max (Gesture Follower) that is previously trained to determine the quality of the emotion. Four types of emotions can be distinguished: Fear-Surprise, Joy, Sadness and Anger-Disgust. 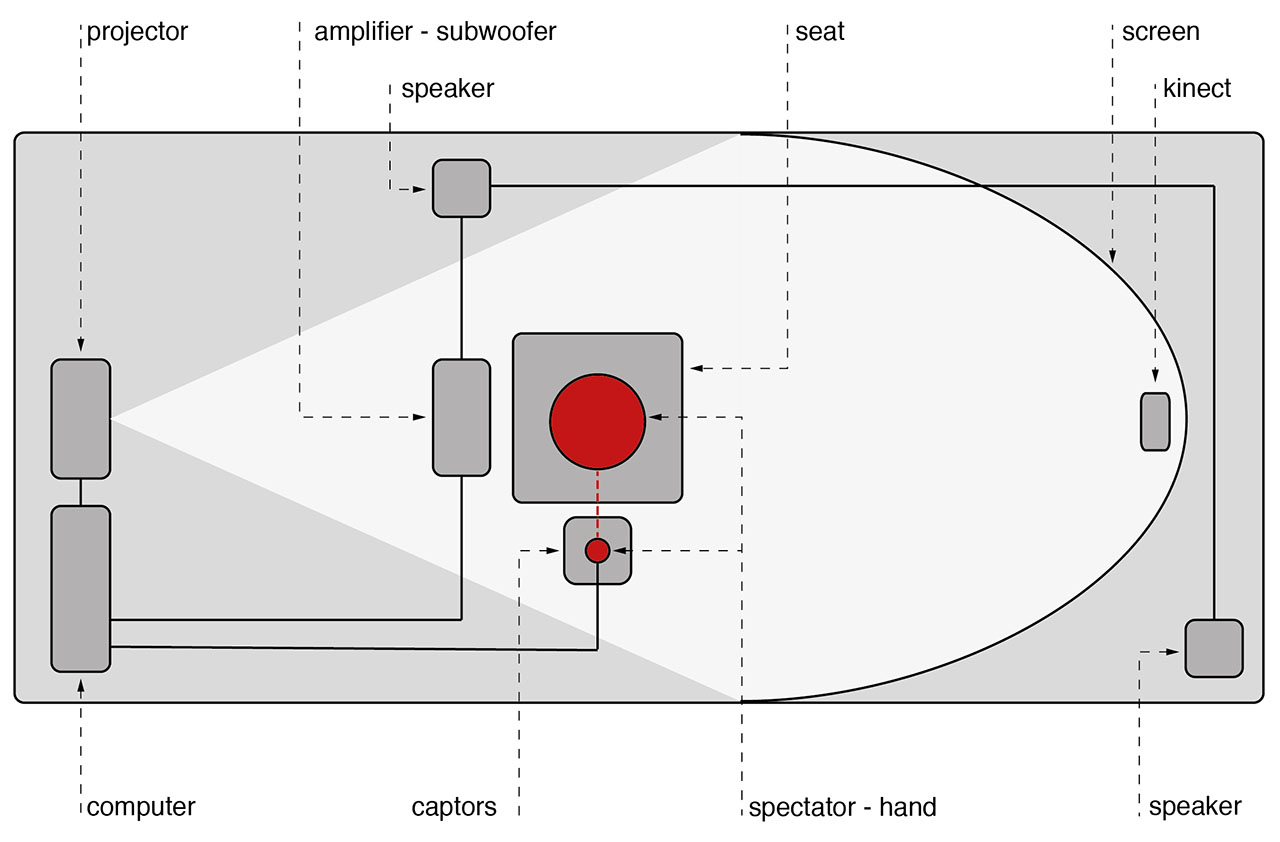 The software system is made of:

– a Windows application to track 70 points of the visitor’s face and send them to Max.
– a Max patch to display the video, play sounds, centralize all data and evaluate the emotion.
– a Max external to orchestrate the video stream and record the experiment.

The emotions captured by the sensors trigger the next video sequence based on a predefined table, allowing for many narrative options. The links between stimuli and emotions generate a biofeedback response during the experience. They are also used for analysis and statistics to inform changes in content and rules of interaction for next iterations of the art piece.

Now that the software is mature and robust, we are working on new content. One idea is to create a character whose personality develops in line with the viewer identification process.

Mange-Rêve, video and sound installation, three-week exhibit in the fall of 2010 as part of a group show at the Galerie of the 59Rivoli. Curators Guillaume Wiener / Gaspard Delanoë 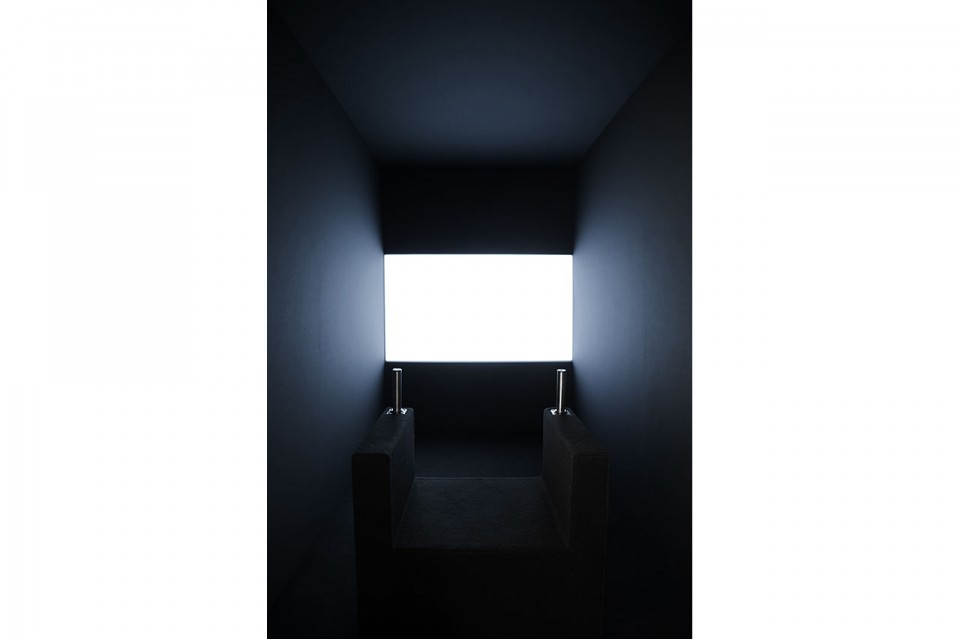 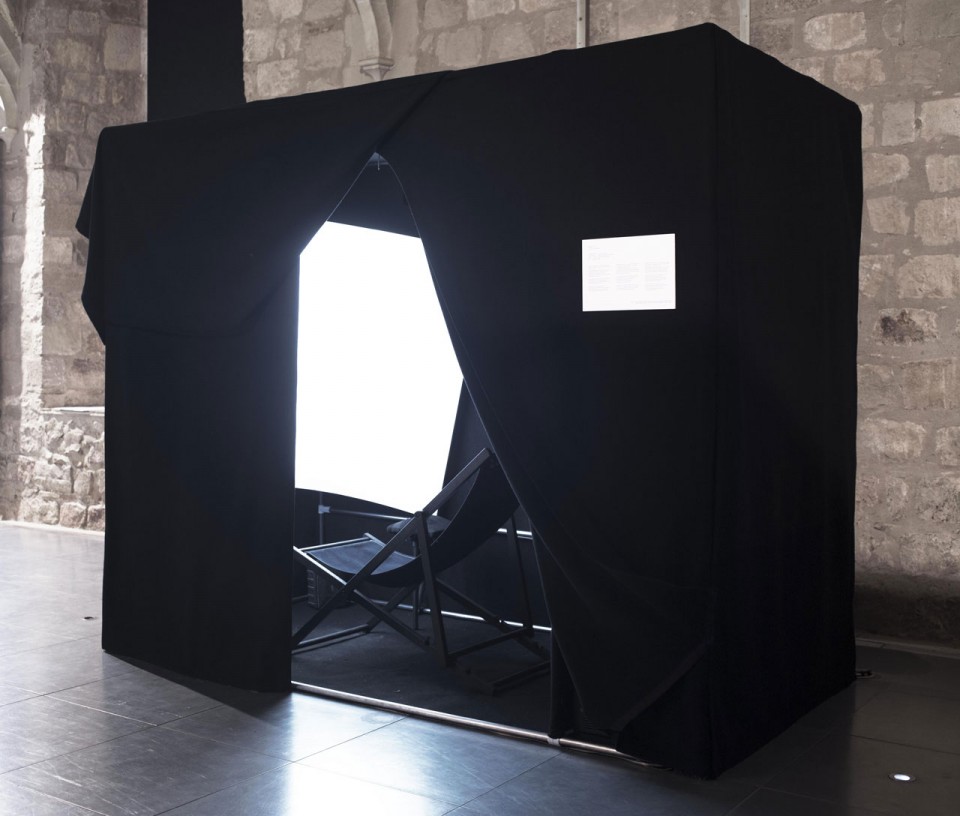 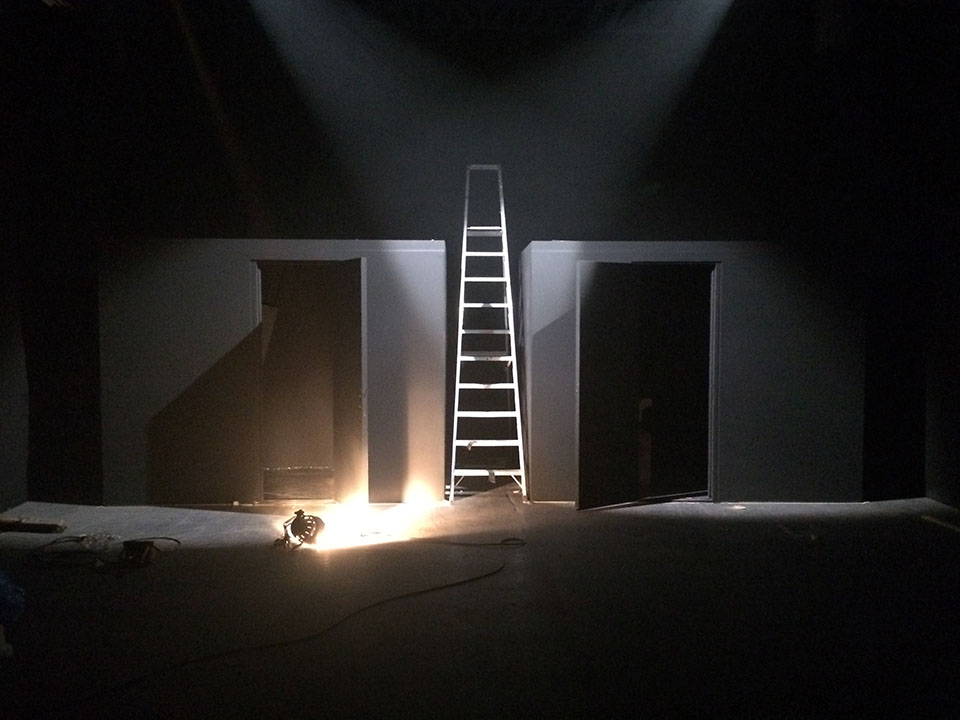 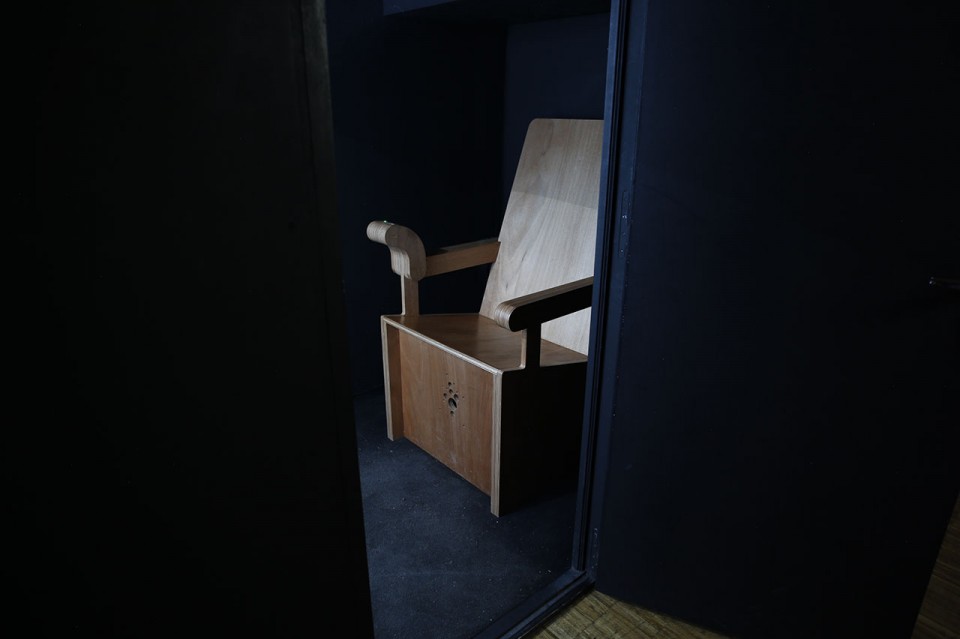 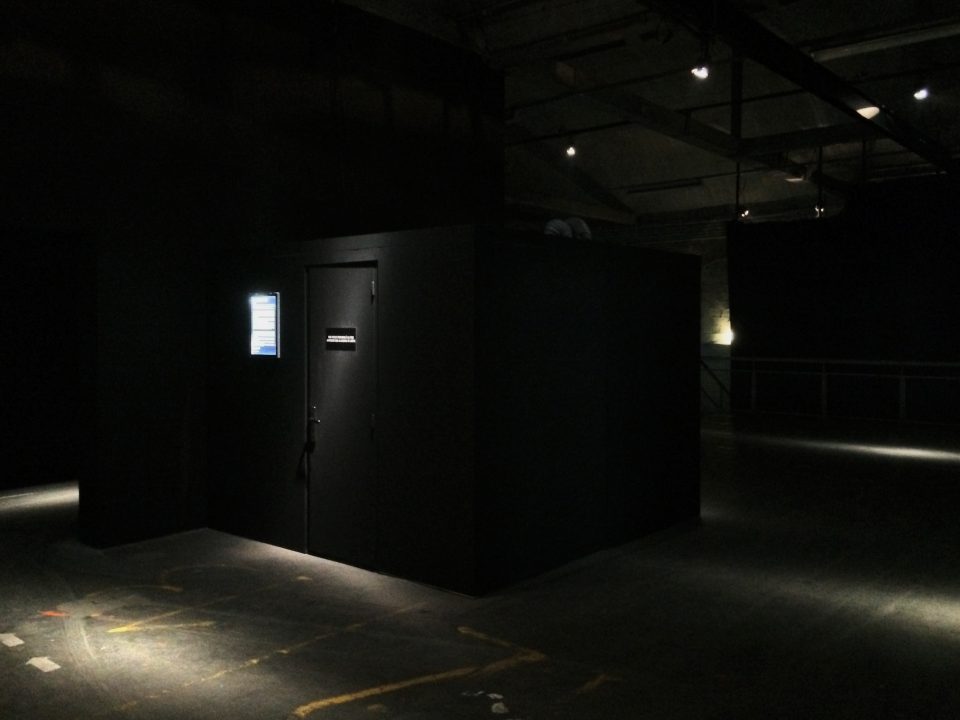 As an interactive and sensory film booth for solo viewer, Guillaume Faure’s “Soma”, showing at Exit festival from March 25 to April 5, explores the unconscious relationship between body and image. It’s an immersive cinematographic experience that borders on psychotherapy.[…]
Unlike other immersive film pieces, Soma is not a playful installation, nor is it even as ostentatious as a 360° film for Oculus Rift. Its general concept is clearly based on sensory awareness, with almost therapeutic ambitions. […]
«The whole concept is based on the body and trying to re-establish contact with it through an audio-visual system. In some way this allows the viewer to get back in touch with her body, by reminding her of the power and the strength of this ‘machine’ to make choices that are not based on reason.»
http://www.makery.info/

The digital artist Guillaume Faure is nourished by a double experience as a photographer (notably for the film Yves Saint-Laurent by Jalil Lespert) and cinematographer, who taught him the requirement of light and the sense of the frame. After a video and sound installation Mange-rêve (2010), he developed a strange device: Soma.  I sit in the small movie theater designed for the occasion. And put three fingers of my right hand on sensors that will detect my heart rate, body temperature and sweat. It is indeed my emotions that will condition the narration and the editing of the film being screened. The sounds vibrate the chair and envelop me. Guillaume Faure likes to talk about a subconscious massage.
http://www.telerama.fr/

Charles Carcopino, its curator, signs one of his greatest successes with this scholarly, poetic, artistic, playful exploration of new cinematographic practices. Make your own montage of a film with Thierry Fournier Unfold; orchestrate images according to your emotions with Guillaume Faure Soma; get lost in Etienne Rey’s Space Odyssey light beam; …
http://www.lesechos.fr/

More worrisome, Guillaume Faure’s « SOMA » also places the viewer at the center of the installation but deprives them of the choice of interaction. Seated alone in a small capsule, his fingers resting on sensors, he sees scenes, colours and sounds selected by the computer evolving according to his emotional responses. The propositions of edits in turn influence the mind of the guinea pig, subject and object merge.
http://www.poptronics.fr/

Soma, by Guillaume Faure. Two interactive cinema booths. A small voting room, a wooden armchair. And, on one of the armrests, three points to put your fingers. The white screen suddenly turns black. Little by little, images emerge.
The impression of being in front of a kaleidoscope, which comes alive according to the emotions of the viewer. “A machine centered on the body and perception. A photo booth of the unconscious.
http://www.lavoixdunord.fr/

Experiments with « sensitive cinema », such as Soma, by Guillaume Faure, which scrolls through images supposedly related to the emotional state of the visitor, transform him into a fun fair guinea pig. Perhaps a way of reconnecting with the modest origins of cinema.
http://www.la-croix.com/

He has worked with Marc Caro, David Lynch, Lou Ye and the special effects studio BUF. In 2015, he was director of photography on Agnes Guillaume’s art piece that was exhibited at the Petit Palais in Paris.

Guillaume has always been intrigued by the singularities of point of views. He observes behaviors around him and tries to influence them in the light of psychology and surrealism, using emotions as a double-destination path: a window to the soul and a lever on the mind.

He creates interactive systems connected to emotions since 2010. His latest project, SOMA questions the mechanics of perception and free will, and the role of the body in decision making. This project brought together his expertise in narrative image and the result of his observations on individuals. It is a research project on the state of consciousness throughout time. 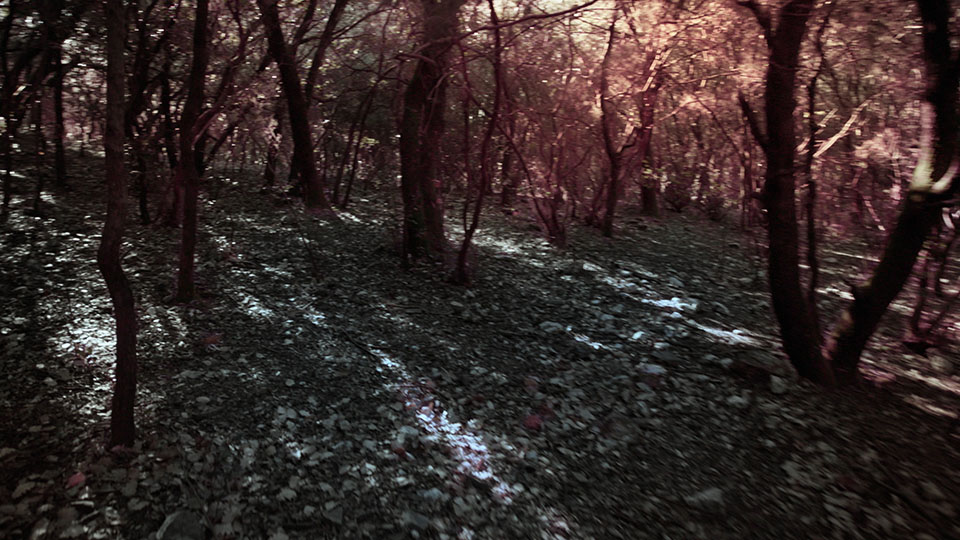 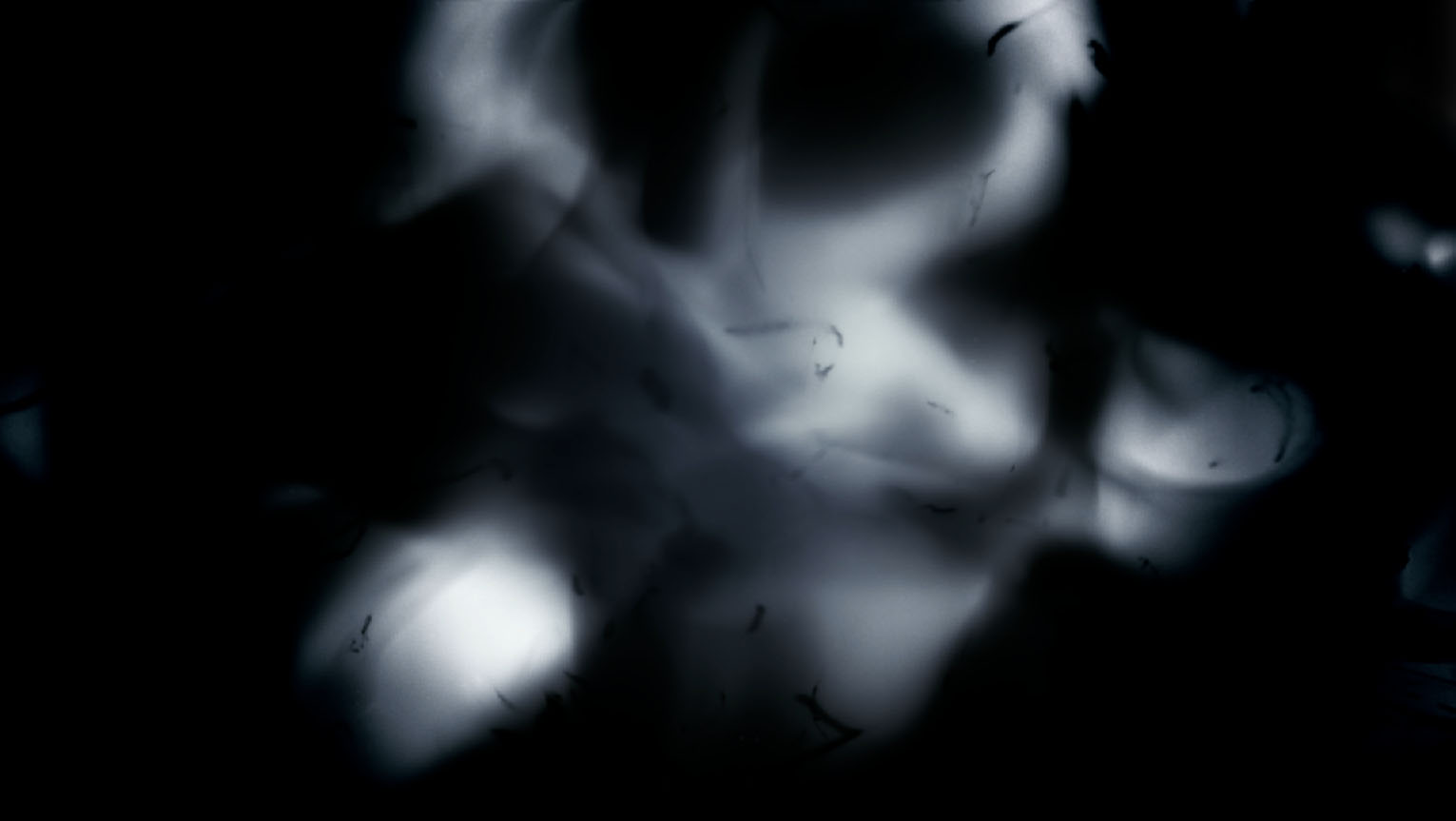 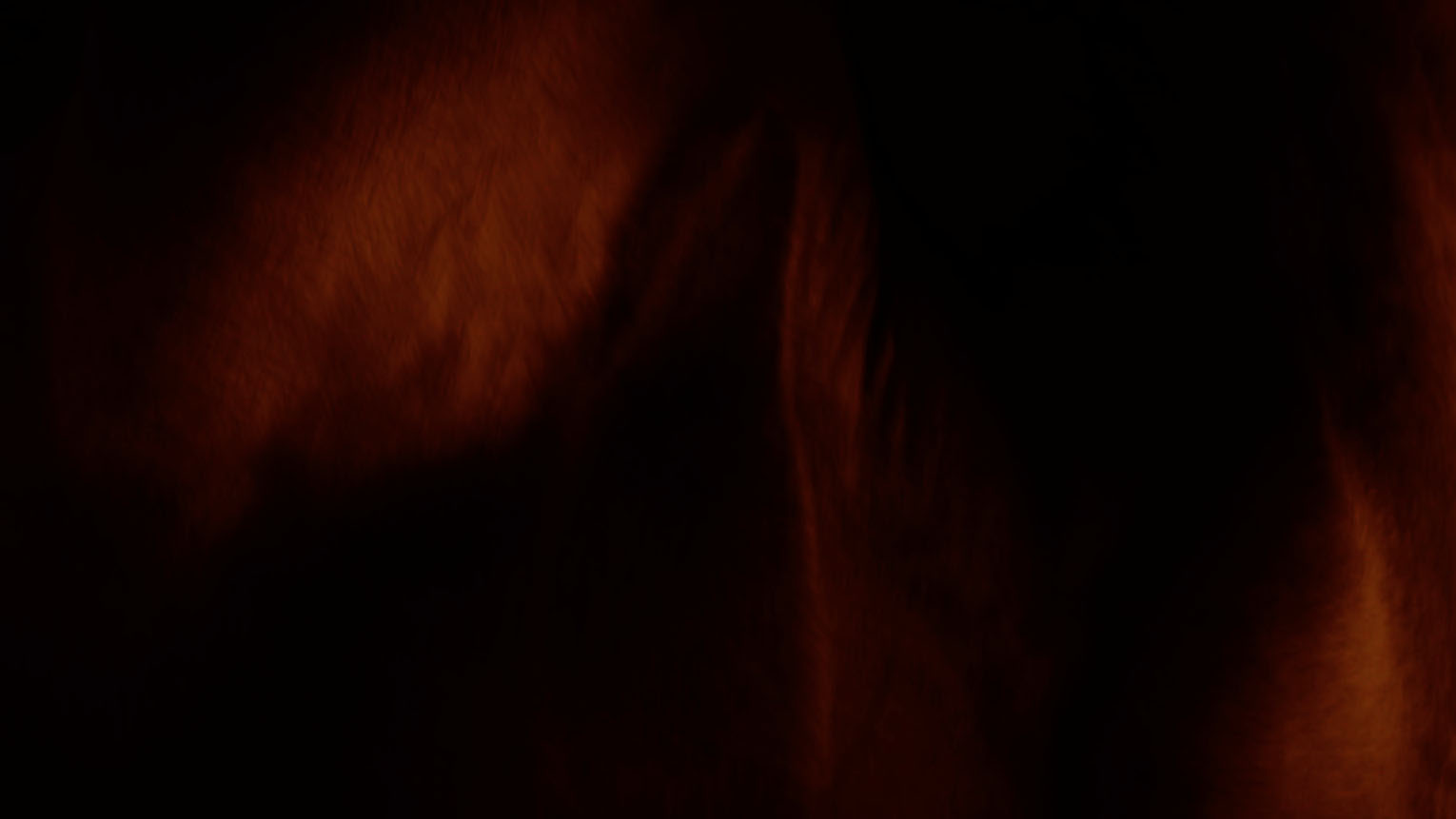 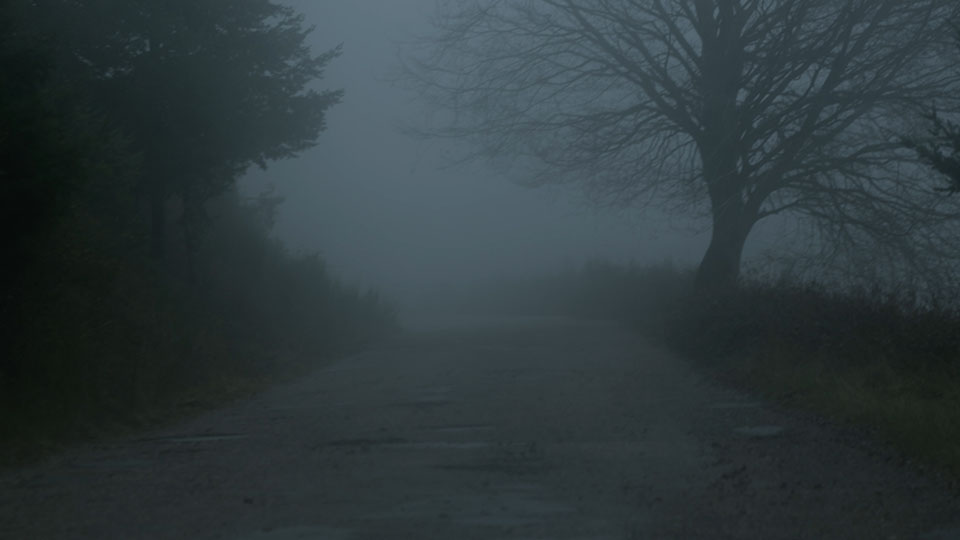 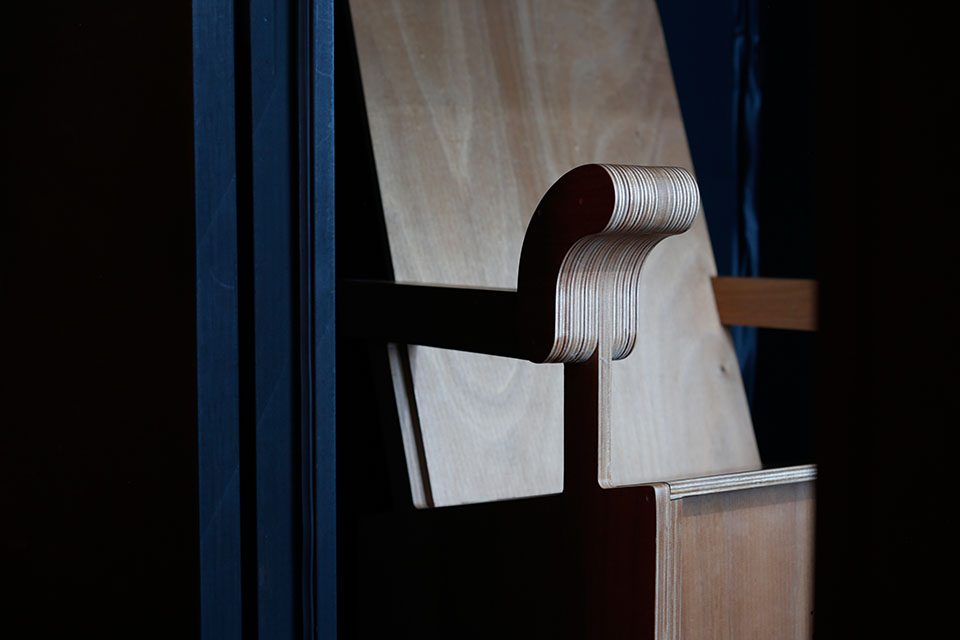